Before the Syrian civil war began, a news story broke that a jet pilot defected to Jordan. It must have been a pretty victorious moment when he realized that he was personally in control of a flying war machine that could go anywhere. This was how I imagined him flying out of Syrian airspace: ghosting his jet while pledging allegiance to the same jet. 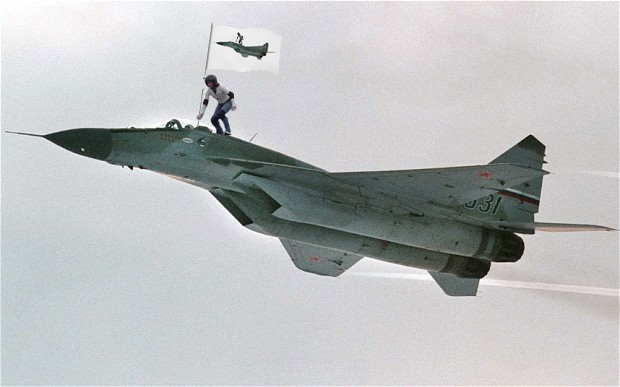 During the trial of Norwegian killer Anders Breivik, he surprisingly testified that he expected to be upset by the act of murdering people and so he carried a bottle of water to soothe his dry throat.